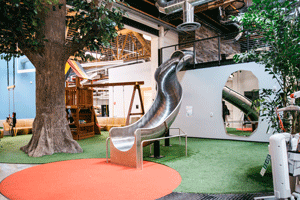 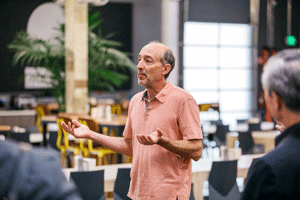 On the visit to StartX, an educational non-profit associated with Stanford University, Founder & Chairman Cameron Teitelman shared their background and efforts to accelerate the development of Stanford’s entrepreneurs. 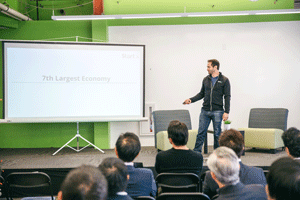 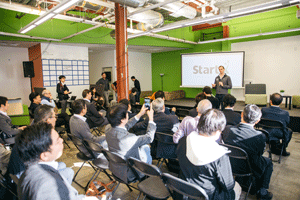 Presentation by Cameron Teitelman at StartX

The roundtable meeting was held at Rakuten US headquarters in San Mateo. Participants from the US side included Ben Horowitz from Andreessen Horowitz and John Zimmer, Co-Founder and President of Lyft, and a few other leading VCs based in Silicon Valley. The discussion covered a wide range of topics from the impact of AI and autonomous driving to ways to accelerate innovation and entrepreneurship in Japan. 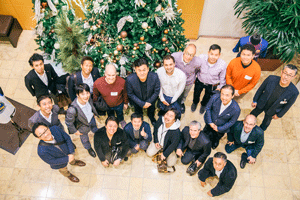 Day 2 started with a visit to Plug and Play Tech Center in Silicon Valley, the world’s largest startup accelerator, followed by a meeting at Lyft headquarters in San Francisco and then a media mixer event with San Francisco-based journalists.

At Plug and Play, the members took a tour of the Tech Center and discussed PnP’s collaborative efforts with Japanese enterprises to support startup firms. There were also presentations by PnP-affiliated startups in the field of AI and digital marketing. 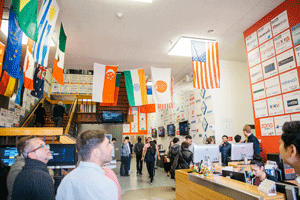 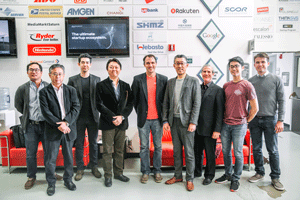 An interesting discussion was held at the Lyft office on the future of ridesharing and autonomous driving technology. The visit to Lyft HQ also included an office tour and a Q&A session with Co-Founder John Zimmer, where a lively conversation took place about the relations between ride-hailing services and automakers, freelancing work styles of drivers, as well as ridesharing regulatory challenges. 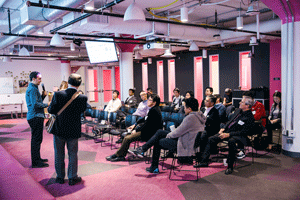 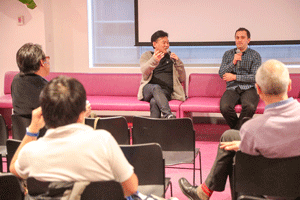 The concluding part of the program was a media mixer held at the “Ohana” floor of the Salesforce office in San Francisco. The event attracted the participation of several renowned tech journalists, and provided a great platform to introduce US media to JANE activities and member companies. 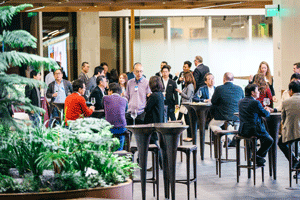