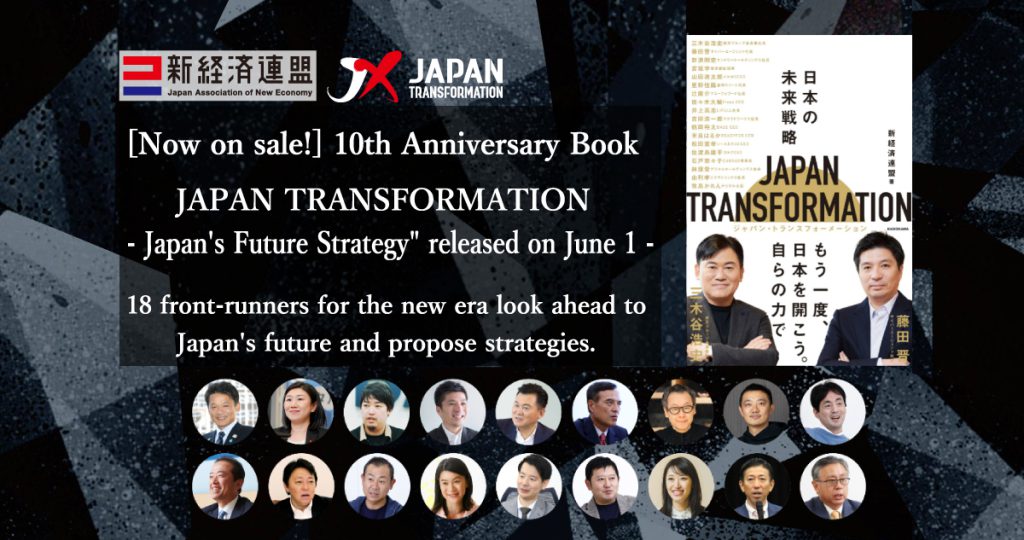 Japan Association of New Economy (located in Minato-ku, Tokyo; Hiroshi Mikitani, President; hereinafter “JANE”) published “JAPAN TRANSFORMATION – Japan’s Future Strategy” on June 1 to commemorate the 10th anniversary of the start of its activities.
The book is composed of seven chapters and includes dialogues with a total of 18 business leaders, Minister, and the Deputy Governor of Tokyo on how to transform Japan by mobilizing the power of entrepreneurs.

The book is available at bookstores nationwide and online. 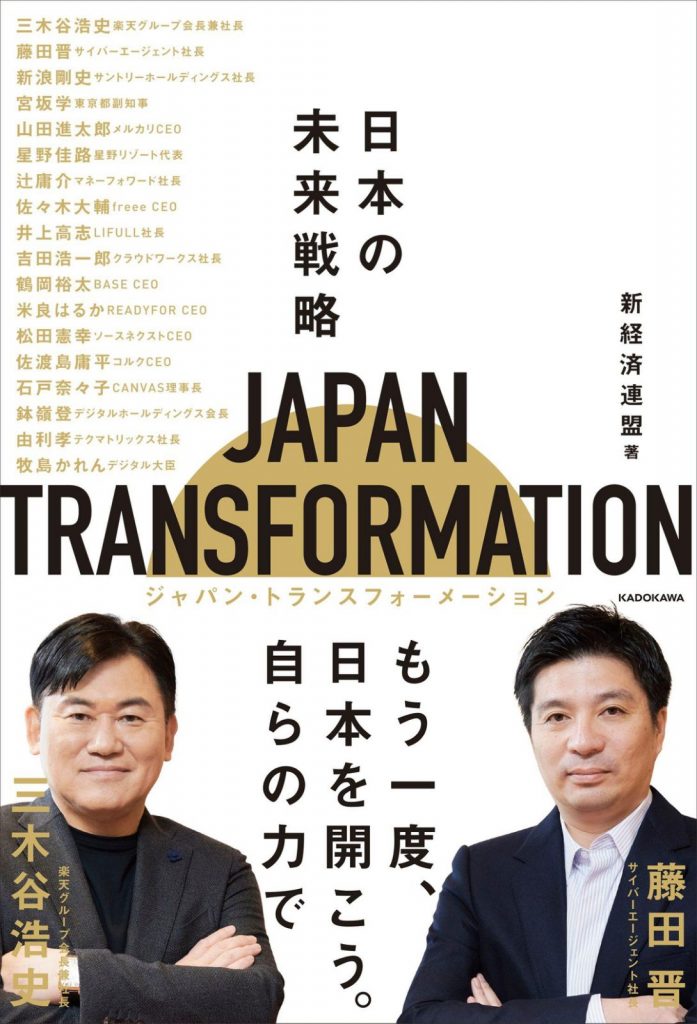 You can try and purchase the book online. (Japanese only)